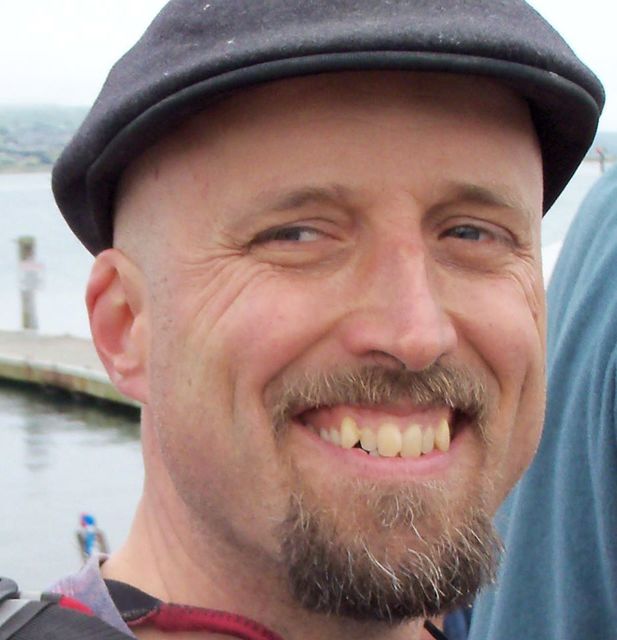 I'm a former professional whitewater guide who's now making my living as a computer geek.

I live in Petaluma California, north of San Francisco in Sonoma County, part of California's wine country, with my partner Charlene Marie. You may know me from Hawthorne Valley School (which I went to from 1st through 7th grades, and I'm still working on reconciling my Waldorf experiences from that), my time in Newtown Connecticut (7th through 12th grades, graduated in 1986), my years in Chattanooga Tennessee, or my time in northern California (since 1995).

Since the wiki lends itself to a certain sort of content, let's reduce my life to bullet points.

Ongoing updates in the Dan Lyke life category listing. Status updates at http://www.flutterby.net/User:DanLyke_status.rss or in the Twitter widget.

I guided with Outdoor Adventure Rafting, and worked at Signal Data for many years, before being one of the founders of Chattanooga.net along with Mike Harrison.

I went to UTC for a few years, rock climbed a bunch, and hung out with various computer geek groups including FidoNet362 (I ran node 1203) and the Apple user's group.

Surprisingly, old friends have picked out my name in movie credits, courtesy of my years at Pixar where I worked on the Toy Story Animated StoryBook and Toy Story Activity Center, and then with the demise of the interactive group moved over to work on RenderMan where I got credits in A Bug's Life and Toy Story 2.

TC Gemmell and I ran a consulting company called "Coyote Grits" for a few years during the .com boom, following that I did a stint at Gracenote working on "CDDB Service 3", some time at Alvanon working on some hardware and software products to visualize and communicate clothing fit and design, and worked with digitalfish on the rockingest 3d character animation software you've ever seen, spent some time working on products in the Cricut ecosystem, did some research on the future of transportation, and am now on to new adventures.

I served for 3 years on the Petaluma Technology & Telecommunications Advistory Committee, and am still very interested in issues of municipal data and open government, but think that many of those efforts need to be grassroots movements with a critical mass that I haven't found in Petaluma.

I spend my spare time doing cool projects on our house, and bicycling western Sonoma and northern Marin.